Under the Office of the Vice President for Academic Affairs (OVPAA), a director and two deputy directors administer the day-to-day operations of the Center.

As a system office, its tasks are the coordination of efforts of the University of the Philippines (UP) constituent universities to mainstream gender in the University as a strategy for implementing the Magna Carta of Women (MCW); the implementation of the UP Gender Guidelines and the anti-sexual harassment policy, and; the development of the University’s gender and development (GAD) plans and programs, especially as these relate to the utilization of the GAD budget.

As a university research center, the UP Center for Women’s and Gender Studies (UPCWGS) leads in the conduct and promotion of cutting-edge research on gender and women’s studies in the Philippines. It supports the University’s teaching and non-teaching personnel in training programs and activities that enhance skills and consciousness-raising toward a more humane, just, and gender-fair Filipino community.

Deputy Director for Research and Publication

Deputy Director for Training and Outreach 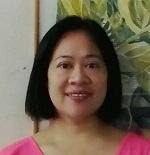 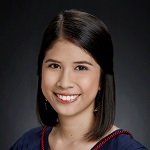 Deputy Director for Research and Publication

Deputy Director for Training and Outreach